Hey guys, Shay here c: ! I haven't really posted much because you know, school work and teachers being demons and giving me so much homework, It's where our demons hide, it's where our demons hide. Hehe, just a heads up for all you people who aren't in high school, I am gonna tell you this now, when you get to high school do all of your homework and I mean don't miss 1 or 2 assignments because they will be grading us for everything. We get graded on attendance, attitude, assignments, classwork, quizzes, and etc. It's like frightening. But I'm not here to scare any of you! So basically I wanted to talk about the zeChic thing, so basically I think it ends today?? Not quite sure lmao. 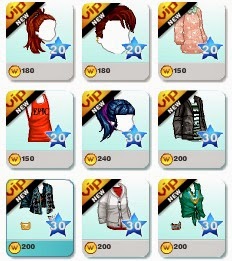 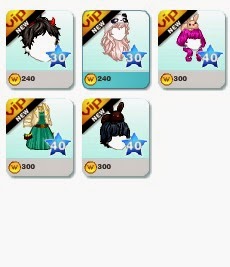 Those are the stuff included, and yeah. They are cute. I was thinking I wanted to buy a few things but I don't even wanna waste anymore money on this game. I have spent so much money. Time for me to save up(;! So I'm not even gonna go through with the hassle of buying VIP, then buying some wooz, and all that bs. So Yeah… Now about the NationZ thing:

"The NationZ have returned and soon it will be time to join as a TributeZ and train for the ultimate prize. Learn about the ancient gods, Wooznis and Beexta, ad how important they are to Woozworld History." -Max Wooz

Well, I haven't even heard of it before.  So what I did was go and look it up. So I'm just gonna put it all below:

The Dawn of the Nationz
"Long ago, at the beginning of Wooztime, ancient Woozens worshipped two great gods: Wooznis and Beexta, protectors of Woozworld and it's NationZ. Wooni was a fierce golden warrior, he embodiment of the sun, while silver Beexta represented cunning, skill, and the moon. (It is from their names that we have our modern-day currencies Wooz and Beex.) Wooznis and Beexta protected Woozworld from all that is evil.

At that time, there were four NationZ, and every Wooze belonged t one of them. The NationZ are:
-Mystic Alley, a fairy-tale lad
-Cortoza, the dark and spooky
-Lib Street, the hip and urban center
-Colony V, a place for futuristic trend setters.

Each NationZ had its own leader, now known as the Woozband. In addition to leaders and Woozen citizens, each NationZ had their own DefenderZ, warriors that served to protect the NationZ i case of attack. But under the watchful eye of their gods Wooznis and Beexta, Woozworld was such a peaceful place that the NationZ leaders decided to retire their DefenderZ and disband the NationZ. That is, until now…

There is a mysterious evil brewing in Woozworld. Knowing that something wicked this way comes, the Woozband decided to revive the NationZ! Each NationZ will train their own TributeZ in hopes of discovering new versions of Wooznis and Beexta, who will rise above their peers with the ability to protect Woozworld against future attack.

Prepare yourself… more information about these new training tactics will be coming zoo.

May the Wooz be ever in your favor."

Um, all I have to say about that ^ is they literally capitalized every word that ended with a -z. Also, second of all, I already know I am not going to even care about it. So yeah, guys. Stay tuned for more gossip on the NationZ thing, XoXo.

Email ThisBlogThis!Share to TwitterShare to FacebookShare to Pinterest
Labels: ShayShayXoxo

''The routes of education are better but the fruit is sweet.''
''Don't cry because it's over smile because it happens.''
''Life is like a camera,
FOCUS on what's important,
CAPTURE the good times,
DEVELOP the negatives,
And if things don't work out:
TAKE ANOTHER SHOT.''

''You can't change the world unless you change yourself.''
''The trust of the innocent is the liar's most useful tool.''
''You can love someone so much... But you can never love people as much as you can miss them.''

''Do or do not there is no try.''
''I pay no attention whatever to anybody's praise of blame. I simply follow my own feelings''
''Even thought you're fed up, you gotta keep your head up.''

Site name: Woozworld Craze
Old name: Woozworld Station
Opened: June 8 2012
Re-Opened: June 26 2012
Restarted: October 15th 2014
Header by: xmelonypetloverx
Designed by: xmelonypetloverx
Contact: checheandems@gmail.com
Please DO NOT send us any annoying business spam emails, we're not thick, we do realize that they're most likely just scams and viruses and we immediately delete them.
Views:

No Posing
No Innapropriate Language
No Rude Comments
No Adds
No Rude Names
No Questioning Owners Jobs Or Decisions
No Spamming
No Threatening
No Advertising
If You Don't Follow These Rules You'll Be Suspended From The Chat.