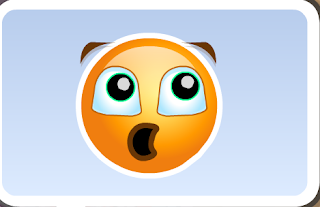 Woozworld's tale begins with Tribal Nova, a company that produces educational games for children. Part of the web-based technology developed at Tribal Nova was co-opted to produce the underlying basis for Woozworld. This project, which targeted an older audience, was spun off from Tribal Nova, launching as an independent company around December 2009.

Most of the population of woozworld comes from America, Europe and south Asia.

Creator of woozworld is Eric Brassard

Stylaz the Animator Chose To Leave To Travel The World Before Getting A Job On A Movie.

Shamwooz is longest member of woozworld with 500 years. (Although He Clearly Wasnt On It That Long)

Supererg was the first one to stay #1 on top unitz for months before Ripleyw entered.

Ripleyw was the longest stay for #1 on top unitz for months.

Woozworld has 3 versions, one English, one French and one Portuguese

Chanel185 was the first one to have her designs on woozworld .

Woozworld is originally based for ages 9-14

''The routes of education are better but the fruit is sweet.''
''Don't cry because it's over smile because it happens.''
''Life is like a camera,
FOCUS on what's important,
CAPTURE the good times,
DEVELOP the negatives,
And if things don't work out:
TAKE ANOTHER SHOT.''

''You can't change the world unless you change yourself.''
''The trust of the innocent is the liar's most useful tool.''
''You can love someone so much... But you can never love people as much as you can miss them.''

''Do or do not there is no try.''
''I pay no attention whatever to anybody's praise of blame. I simply follow my own feelings''
''Even thought you're fed up, you gotta keep your head up.''

Site name: Woozworld Craze
Old name: Woozworld Station
Opened: June 8 2012
Re-Opened: June 26 2012
Restarted: October 15th 2014
Header by: xmelonypetloverx
Designed by: xmelonypetloverx
Contact: checheandems@gmail.com
Please DO NOT send us any annoying business spam emails, we're not thick, we do realize that they're most likely just scams and viruses and we immediately delete them.
Views:

No Posing
No Innapropriate Language
No Rude Comments
No Adds
No Rude Names
No Questioning Owners Jobs Or Decisions
No Spamming
No Threatening
No Advertising
If You Don't Follow These Rules You'll Be Suspended From The Chat.